Kristy and Anthony got married last April at the fab All Smiles, which is a cliff-top venue in Sorrento on the Mornington Peninsula. It was such a fun wedding and we had a great time doing photo + video for them!

Kristy got ready at a gorgeous holiday home, the atmosphere was absolutely electric. The girls and Kristy + Anthony’s daughter Skyla were all so excited for the day. Kristy then took the short trip to get to the ceremony in her future father-in-law’s GTS. Anthony got ready an AirBnB with his boys and his and Kristy’s son Logan. They travelled to the ceremony in style, using the same cars as the girls [Monaro’s, Wagons and GTS], which are all owned by family and friends. Kristy’s daughter Annalese was one of her bridesmaids, having her, Logan and Skyla in the bridal party made for quite a few emotions from Anthony when they walked down the aisle.

The ceremony was outside overlooking the ocean, the driftwood archway added to the perfect backdrop. During the ceremony the boys were prepared for Anthony’s tears and all had tissues on hand. It was hilarious and everyone was keen to celebrate with the happy couple that they were finally hitched.

The reception was in the bar at the venue, All Smiles only do cocktail functions, they have a great layout and plenty of places to sit. The bride + groom chose All Smiles because it overlooks the beach and Kristy knew it was the perfect place before they even stepped inside. It was a boho luxe wedding, which was perfect given the awesome beach vibe. I love shooting Mornington Peninsula weddings because the photo ops are endless. We jumped in the cars and headed to Portsea Pier for photos, check out the group struts when a party boat went by blasting The Scissor Sisters, haha!

Their guests enjoyed a cocktail drinks reception till the wee hours and live music all day long. They decorated the venue with flowers and a donut wall, because: who doesn’t like Krispy Kreme’s. There may have even been donut throwing late in the night! One of the nicest parts of the day was the speeches because Anthony’s dad cried [and apparently he never cries]. Everyone had a blast cutting sick on the d-floor – it was great fun!

Kristy wore a long sleeved, lace fit and flare wedding dress and Anthony and the boys wore navy blue suits which looked so good with the girls nude coloured dresses. Kristy and her mum sewed a locket with her grandparents inside on the underneath layers of her dress and her good friend made the cake, I absolutely love personal touches like these.

Kristy + Anthony have been together for over 10 years. They reached out to us as soon as they booked All Smiles and their enquiry was really touching. They said getting married to each other had been a long time coming and they just wanted a big party [I think everything went to plan guys]!

If you’re planning a Mornington Peninsula wedding, get in touch, it’s about time we headed back that way…

P.S. You can check out their highlight’s video by Dave here. 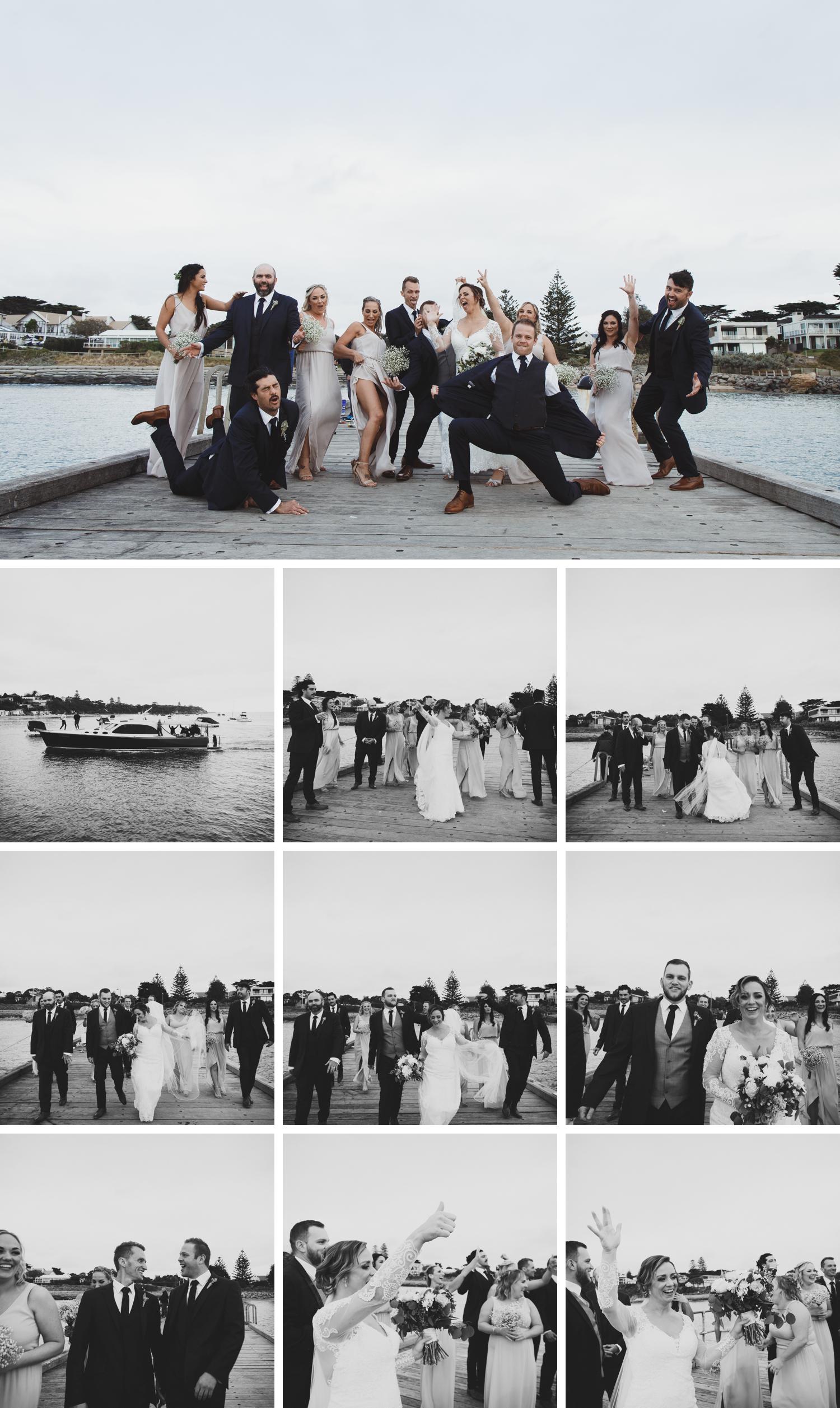